The Hellenic Bankers Association – UK was formed in 1994 in order to  promote a closer co-operation among Bankers and Financial Professionals,  of Hellenic origin, based in the United Kingdom.

It all started in  March 2012 by five young Greek volunteers and now includes over 30  volunteers. They took on the responsibility of promoting the charity’s  objects by exploring entrepreneurial case studies to educate young  people about business, commerce and entrepreneurship. The Reload team  likes to call these passionate and innovative young people “Reloaders”.

The crisis in Greece and the humanitarian suffering it leaves in its trail has fostered new and older members of the Diaspora to start up charities in aid of people in Greece who need it. The latest one took shape from Greek professionals who moved to London to work in the City. It is called Hellenic Hope and is a UK registered charity. It was established in 2012 with its first presentation taking place at the Hellenic Bankers Association UK Dinner and Dance at Claridges, in May 2013. The Charity core team consists of - among other - financiers, bankers, lawyers and marketers who all work on a voluntary basis across three countries.

The non-governmental sector in Greece has never really taken off and service provision is under pressure from increased demand and reduced funding.

The goal of the charity is to help children at risk in Greece to survive, cope and prosper in their lives. It has already done some work in the homeland and supports front line not for profit organizations in the most socio-economically deprived areas of Greece. Hellenic Hope has already completed a number of projects in Greece with organisations such as Schedia, Kentro Agapis Elefsinas, Ena Paidi, Enas Kosmos and their work continues including their fundrasing efforts. 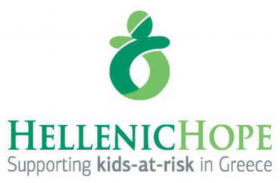 One of the most dynamic groups within the Greek Community in London is the "Hellenic Engineers Society of Great Britain".

In February 2015 the Society celebrated its 20th Anniversary by hosting at London's HILTON AT PARK LANE hotel,  a phenomenally successful Dinner-Dance event, attracting almost 650 distinguished guests from over 30 countries, representing  the International Shipping and Finance World. More details of their activities can be found on  www.hesgb.com