The Greek Press Association’s dinner on 4 March 2015,  proved to be a first class gathering of philhellenes and distinguished  London Greeks, confirming its status as one of the top annual social  occasions in the capital.

Mr Robertson, who is head of the Doughty Street Chambers and the team that is preparing the case for the return of the Parthenon  Marbles from the British Museum to the New Acropolis Museum in Athens,  spoke passionately about his objective. 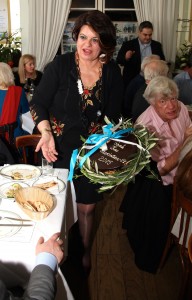 Asked to present her biography of the great travel writer Patrick  Leigh Fermor titled ‘An Adventure’, Artemis Cooper described his wartime  exploits in Crete and his life in the Mani, where he lived for over  forty years. “Although he was unmistakably British,” she said, “he felt  more relaxed, fulfilled, and alive in Greece than he ever did in his own  country.” 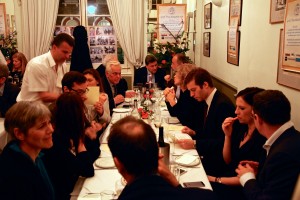 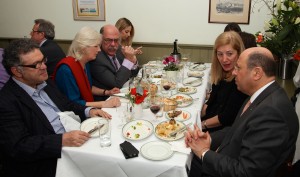 In her welcoming speech, the President said that the Association aims is  to bring together Greek, Greek Cypriot and British journalists and  develop a strong and productive co-operation among them; also, to  encourage the UK Greek residents to become more interested in British  politics. 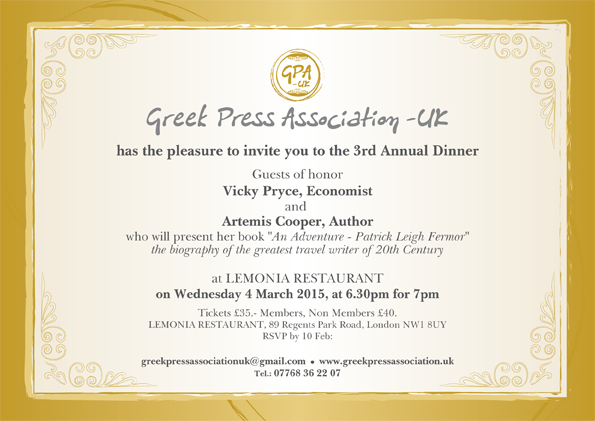